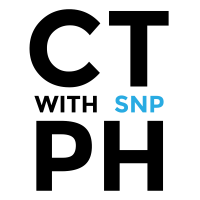 The panel is the forum for members to raise and discuss ward crime trend concerns. Individual incidents should always be reported at the time via 999 or 101. The Panel set the priorities (known as Promises) for the Safer Neighbourhood Team.

The Panel will decide on the Promises for the area by examining the results of community consultation, taking on board feedback from panel members and examining current crime statistics. This will include taking account of results from public events and meetings where the community has voiced concerns, as well as the results of Virtual Ward Panels where a survey has been done.

In addition to promise setting, the panel should also be fully involved in deciding what type of action should be taken on their concerns and have an input to the problem solving approach.

Ward Promises address local community issues that the police can provide a response to without the need for long-term activity or requiring little if any partnership working. Examples include: dealing with minor disorder caused by youths congregating; high police visibility in a specified area, or speaking with partners to remedy issues caused by lack of attention.

Three Ward Promises should be set at every panel meeting and will be used to inform the neighbourhood priorities set by the Cluster Group for the area. Progress on promises will be considered at each panel meeting and charted on the Camden Police webpage.

At least one public meeting should be held each year.

Print
Add to My Shortlist

This record is categorised under these subjects: